Note: If you simply need "mirrored/reverse" text for printing things like T-shirt transfers or transparent window stickers, then check your printer settings.  Many modern printers (even my 10 year old HP PSC 750), have a setting to perform this function.  If you printer does not support this feature then see the Mirror (Flipped) Text topic below.

The unfortunate truth is, with the exception of the limited text orientation options in a Word table cell shown below, you really can't rotate text in Word. 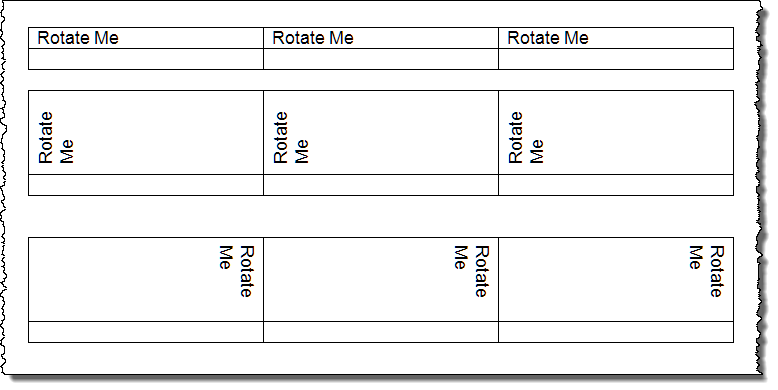 Don't lose hope!  While you can't use Word to actually rotate text, you can use Word to rotate graphical representations (i.e., pictures) of text.

The easiest method to create a picture of text and rotate it, is to use Word's built-in WordArt feature.  The following illustrations demonstrate the basic process using Word 2003. 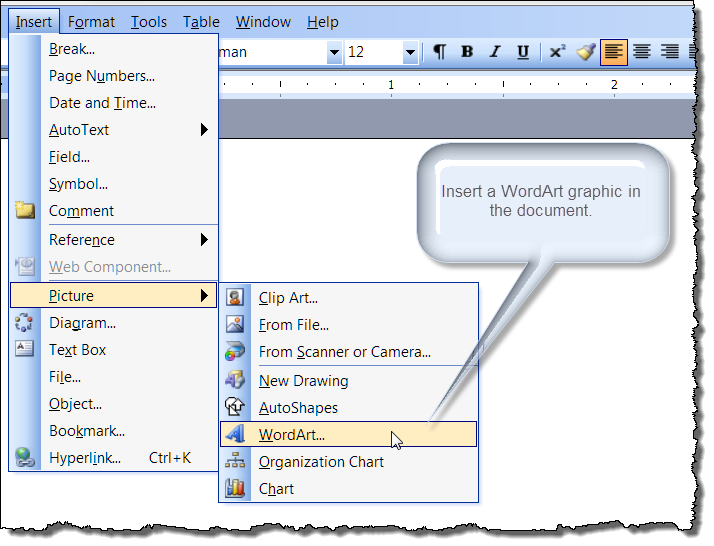 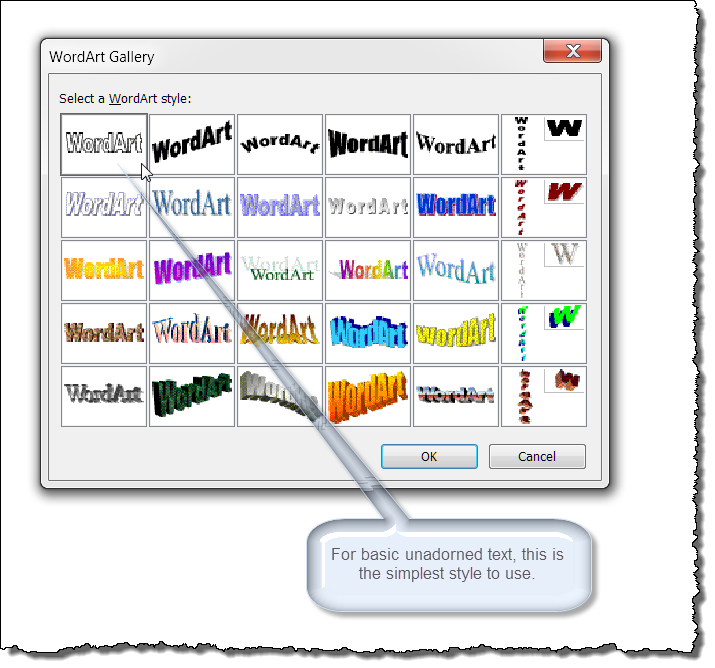 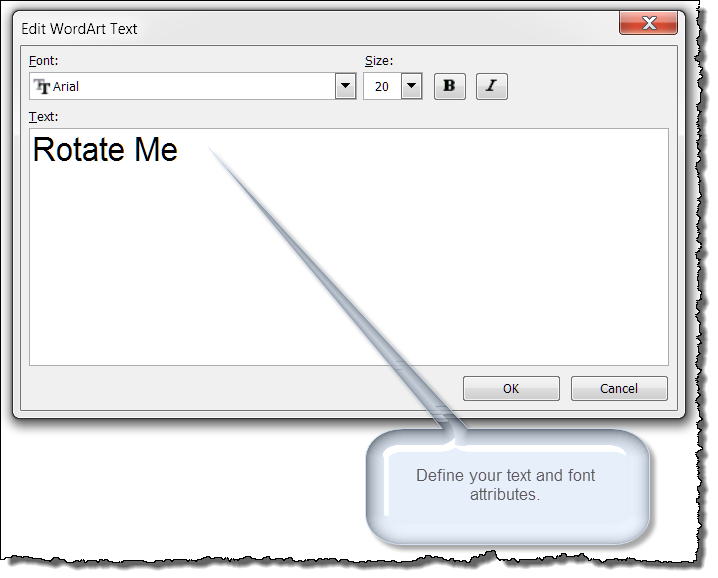 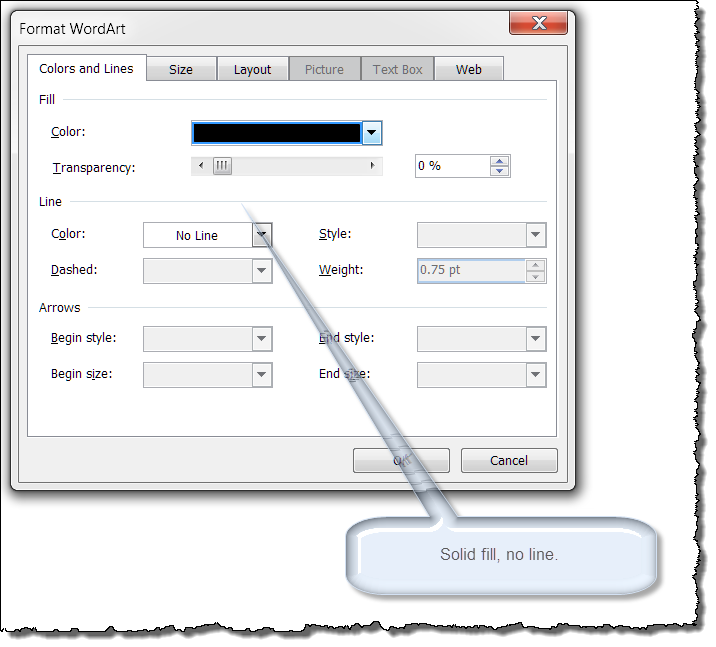 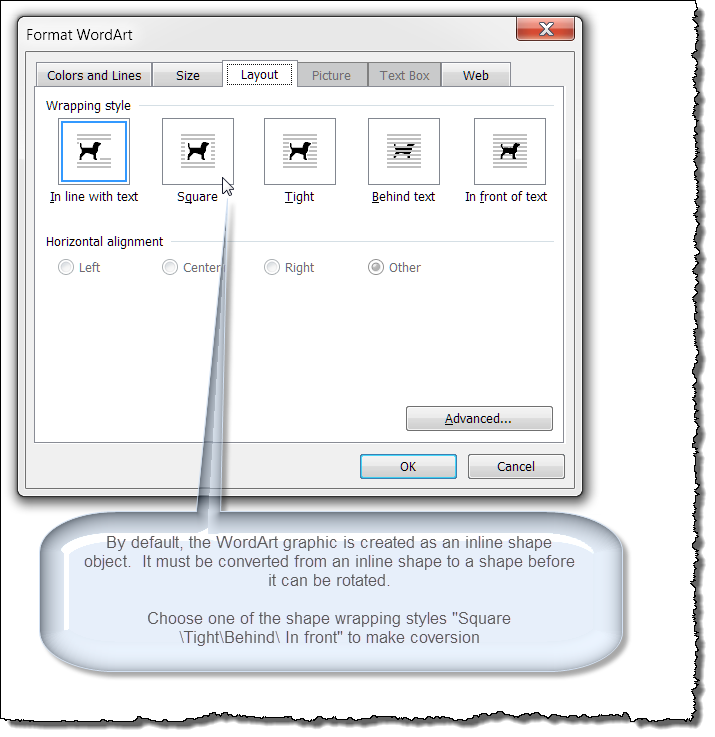 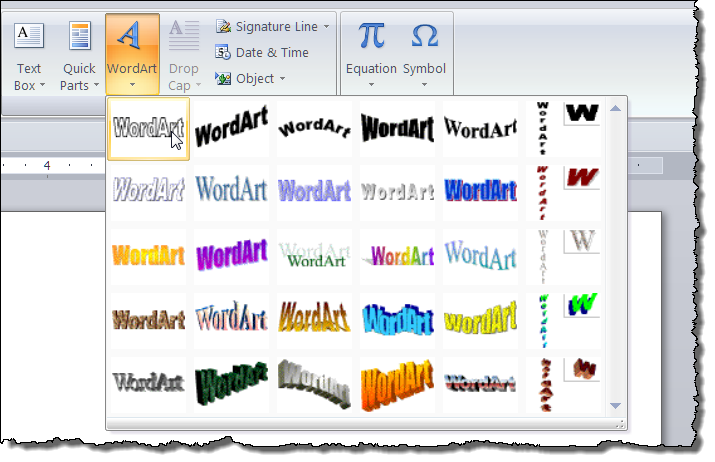 Use the WordArt button on the Insert tab 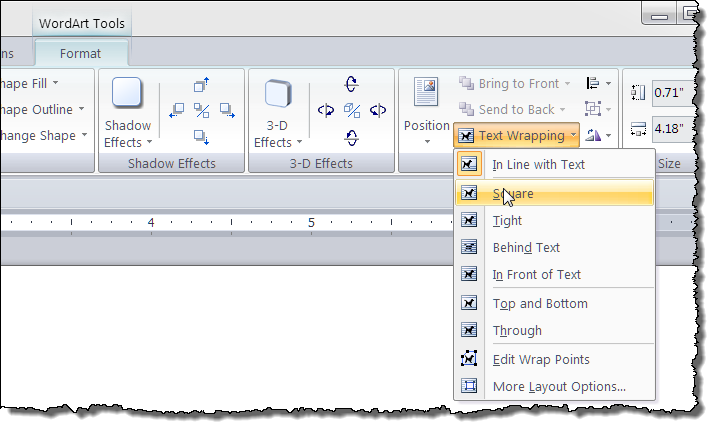 Use the WordArt Tools contextual tab to apply formatting 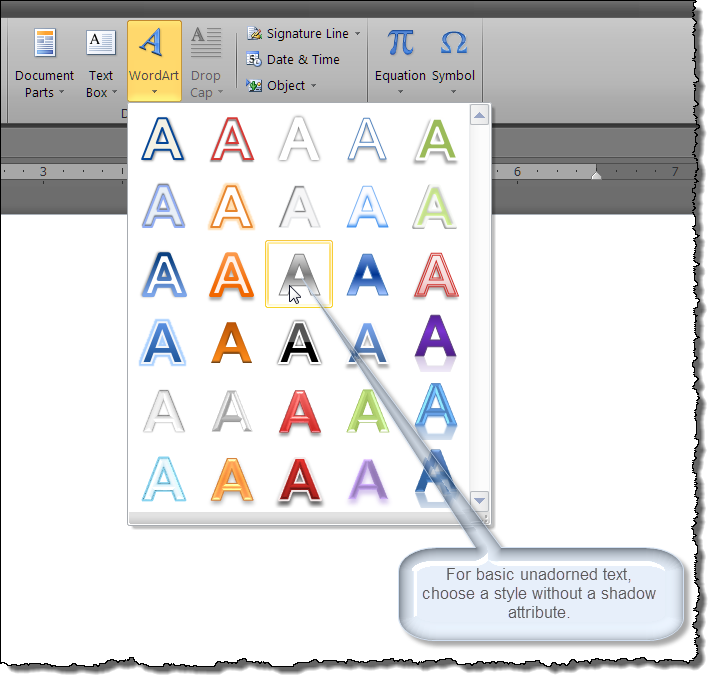 With the new graphics engine, the WordArt object begins life as a shape.
There is no need to convert. 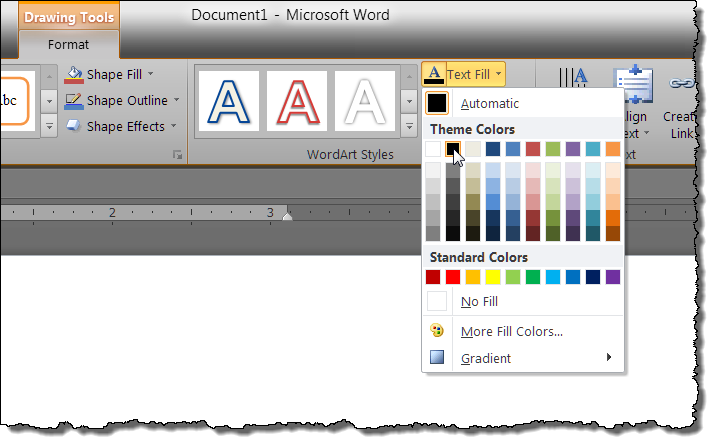 To the best of my knowledge, mirrored text cannot be created in Word versions before Word 2007.  See Alternative Methods below. 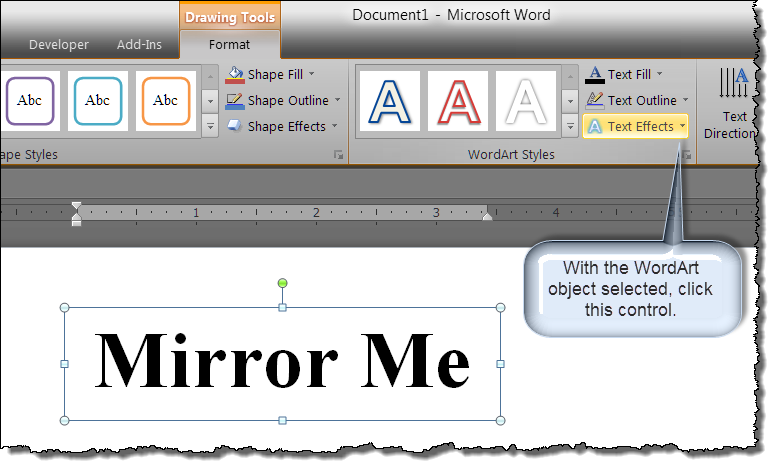 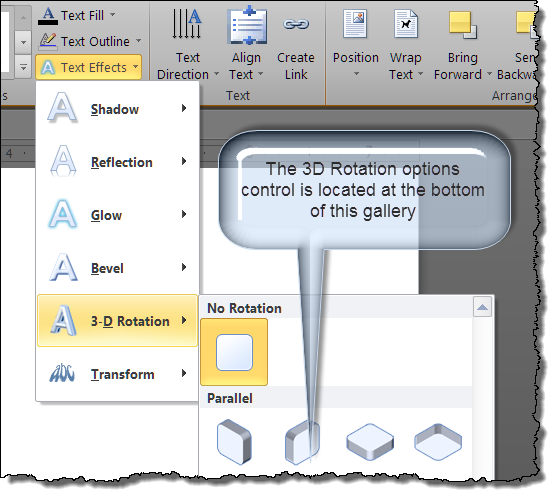 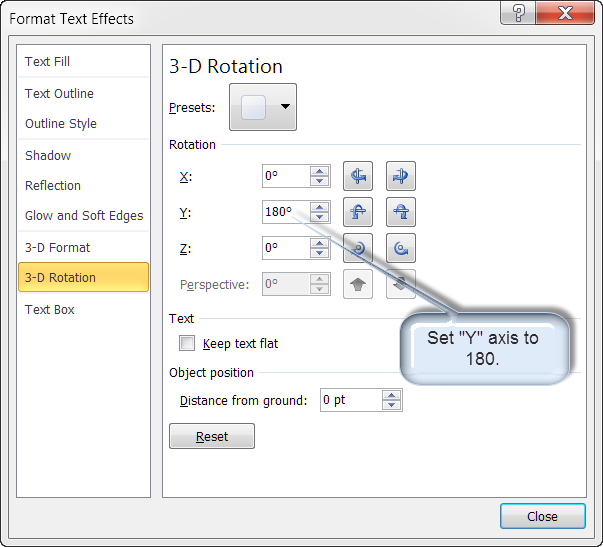 Of course by using varying combinations of X-Y-Z axis values, you can create practically any rotation/mirror effect. 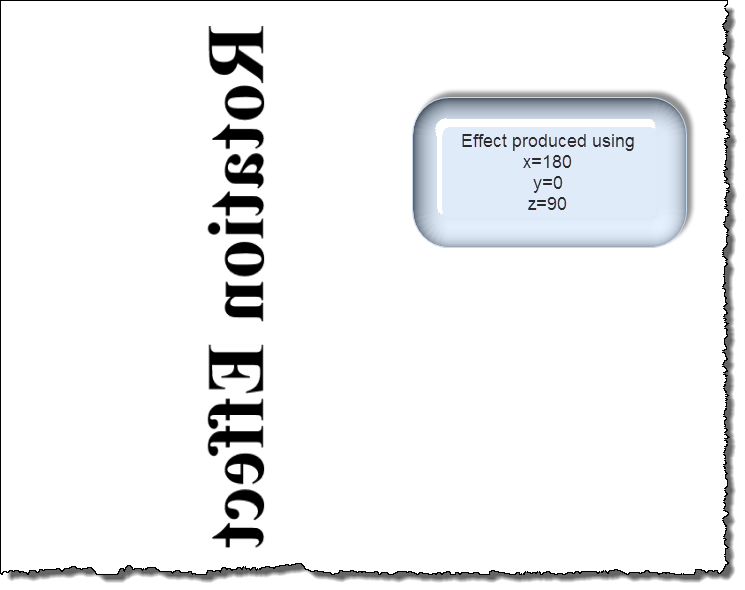 The more limited 3D rotation effects in the Word 2007 graphics engine will not produce the same effect as demonstrate in Word 2010.  However, basic mirrored (vertical or horizontal) text can be produced in Word 2007 by selecting the WordArt object and applying the WordArt Tools>Format>Arrange "Flip Vertical or Flip Horizontal" command. 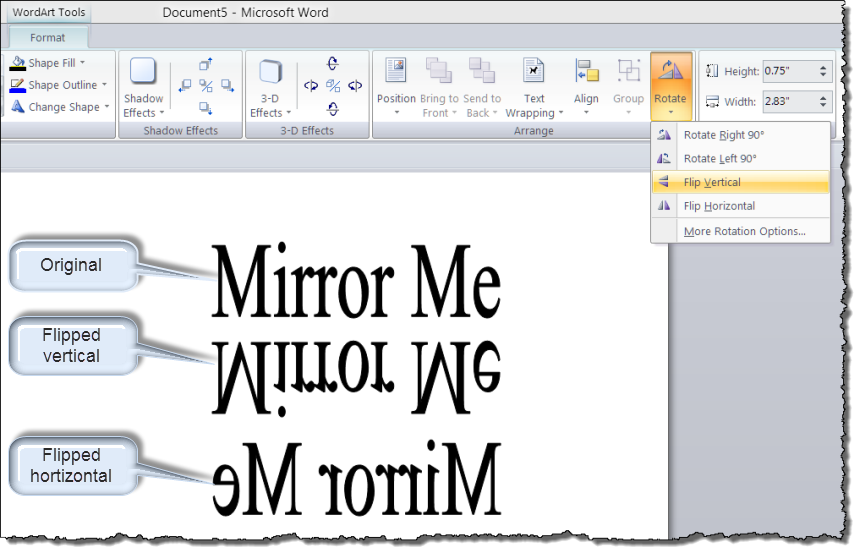 Note:  For whatever reason, this "Flip Vertical" and "Flip Horizontal" methods demonstrated above in Word 2007 will not produce the same effect in Word 2010.  Flip vertical produces an effect that is a combination of vertical and horizontal flip and flip horizontal appears to have no effect.

There are several software applications available at reasonable cost which you can use to caption and orient, including mirroring, text. I've used SnagIt by TechSmith for several years. Practically all of the images found in these tips pages were captured and edited using Snagit.