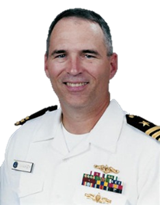 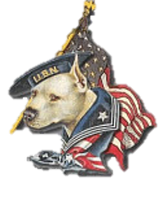 My name is Gregory K. Maxey and this page is about me.  If you are interested in my Microsoft Word Tips or my consulting services, please select the appropriate link above.

I am a retired Submarine Ordnance Officer (U.S. Navy) with my anchor now set in the Brasstown community if the far south west area of North Carolina. That's me on the port side. While I have taken off the uniform for the last time, I am remiss in providing an updated picture. Perhaps I will get to that one day.

I spent a total of thirty (30) years, two (2) months and twenty (20) days in military service to the United States. I enlisted in the U.S in May 1977 and began my Navy career as an Seaman Recruit. In April 1988, then a Chief Missile Technician, I was commissioned an Ensign, Limited Duty Officer (Submarine Ordnance). Going from a "goat" (Chief Petty Officer) to Ensign seemed a fall in prestige of epic proportions, but the climb up the commissioned ranks was both challenging and rewarding.

The Navy was a great adventure. Previous duty assignments spanned the globe. I served at naval installations in Scotland, Hawaii, Guam, and up and down the eastern U. S. seaboard. I had some fantastic experiences on and below the vast Atlantic, Indian and Pacific oceans.

I was privileged to be called a crew member and "shipmate" on USS FRANK CABLE (AS 40), USS NEW YORK CITY (SSN 696), USS SIMON LAKE (AS 33), USS VON STEUBEN (SSBN 632), USS DANIEL BOONE (SSBN 629) and USS JAMES K. POLK (SSBN 645). For more information on these magnificent ships, see the links in the Chain Locker.  I always wear a hat, and typically a ship's or veterans ball-cap.  So many times grateful Americans will thank me for my service.  I always reply "Thank you. The service was both a privilege and an honor."

I AM A SAILOR.
I WAS PART OF THE NAVY AND THE NAVY WILL
ALWAYS BE PART OF ME.

For six years after leaving the Navy, I was a owner\partner in a wholesale live bait distribution business located in Andrews, NC.  A family illness caused me to leave the business and today I play/work as an independent Microsoft Word developer and consultant.

I started participating in the Microsoft Word support forums while working on a revision to the Submarine Force Nuclear Weapons Safety and Security Manual in 2001. This was a monumental task and I found lots of answers and tips from Word users all over the world. Soon, I was answering more questions than I was asking and in April 2003 I was designated a Microsoft Word MVP. The MVP designation was renewed each year for the next six years.

I suspect that all of my MVP award nominations were not for what I knew, but for how much I enjoyed helping others work through and use some of the many Word features. Sharing my eclectic collection of Microsoft Word Tips was my primary reason for creating this website.

Although I voluntarily withdrew from the MVP program in August 2009, the Word MVPs are an outstanding group of extremely knowledgeable and helpful people. I remain friends with many.  I continue to assist Word users through maintaining my Word Help & Tips pages and participating in several online the support forums.

I now spend a lot of my time hiking and camping with my delightful life partner Janice.  Her dazzling smile and the energy of her sweetness and beauty combine to create the most incredible light.  Spring '24 we hope to hike the 115 miles of the Appalachian Trial in the Shenandoah National Park in Virginia.

Some of my favorite parables, quips, and quotes:

There are many flags in many lands
There are flags of every hue
There is no flag, however grand
Like our own red, white and blue

That's it for the main page. I will come along side periodically and post a few Word Help & Tips and other things that might be of interest.